About myself and conflicts: consultant and mediator


To see a short introduction clip click on this link: Short Introduction Conflictmanagement & Maurits Jan Vink
I spend most of my time in situations with some sort of tension or conflict, ranging from formal mediations with parties to process consultation to reshape dialogue and start developing a more constructive relationship. 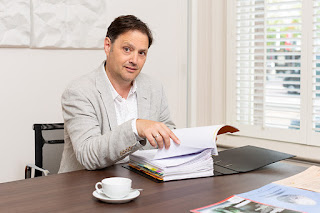 Since the early nineties I work as management consultant. A growing portion of my time, I work as a mediator or facilitator in situations that don'w work smoothly. Some years ago, I registered as MfN-mediator. I am active in facilitating parties in conflict, trying to help them to find ways out of the conflict. Linkedin

Over the course of time, I got more and more interested and involved in conflict resolution and (re-) creating connections between seemingly different interests. This brought me to Northern Ireland in 2003 to study the conflict there and participate in INCORE's Summer Course.
Back in the Netherlands I found myself working with conflicts within and between organisations.

In 2005 I spent a sabbatical leave on this subject in the Middle East. I worked with three different organisations:
- Israel Palestine Center for Research and Information IPCRI
- Middle East Nonviolence & Democracy MEND
- Harry Truman Research Institute for the Advancement of Peace at the Hebrew University.
Not long after finishing my sabbatical I was invited to evaluate a people to people project by the UNDP in Ramallah.


Back in the Netherlands, I was invited to create a course on Differences of Interest & Conflictmanagement together with Hanneke Elink Schuurman. The course started in 2006. Today we organise the course twice a year at .Sioo

In 2015 I enrolled in a one year formal training to become a legal mediator at the ADR Institute in Amsterdam. In 2016 I graduated and was accepted as MfN-mediator